I know this is so late but it's hard to get a lot done when you have a baby who will only nap during the day if he's in your arms. I think he got spoiled his first few weeks of life by being around a ton of family who all wanted to hold him. Now I am paying the consequences but it's alright because holding a sweet sleeping baby really is the best thing in the world. Anyways, once Trey had his 2 week appointment we hopped on a plane with my mom and headed to Vegas for Christmas - Ethan met us there a week later. Trey got to meet all of his Vegas relatives before taking off for Salt Lake to meet his Utah family. Luckily he liked being on the move and does really well with lots of noise. He was the hit of the party and everyone loved this kid - who could blame them? Here are some pictures of his travels! 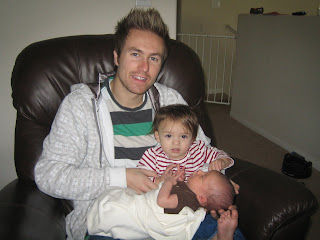 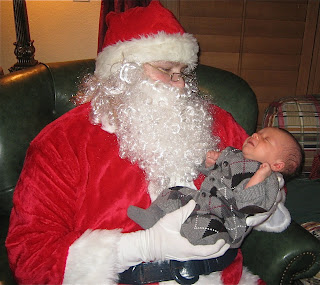 Trey's first meeting with Santa Clause - he slept through the whole thing! 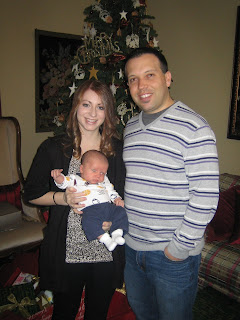 Christmas Day...I love how he is pointing his finger at the camera. 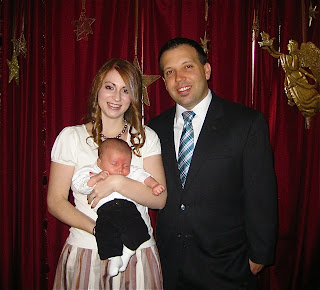 Trey's blessing day. I don't like the old man stuffy white suit look on babies so I opted for a white collar button up Gap shirt with black corduroy pants. We had a tie for him but we couldn't button the top button of his shirt so unfortunately it didn't work but he looked adorable anyways 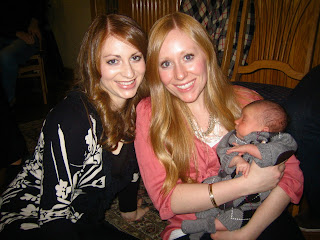 Trey spent a lot of time in his Aunt Becca's arms and also in the arms of his Aunt Ivy, Aunt Courtney, and Aunt Jessica 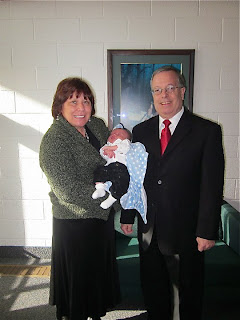 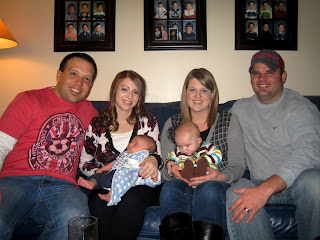 He even got to meet his friend Crew who was born about 3 months earlier
Posted by Mayce and Ethan at 3:15 PM

Omg Mayce, did you travel all by your self? You are so brave to take such a young one on a long trip. You look great!! He is so cute. It seems like you were able to have a wonderful Christmas.